To speak with Rabbi Susan, please reach out to her Executive Assistant, Elana Hertel, at ext. 314-361-3919 x109 or elana@centralreform.org. 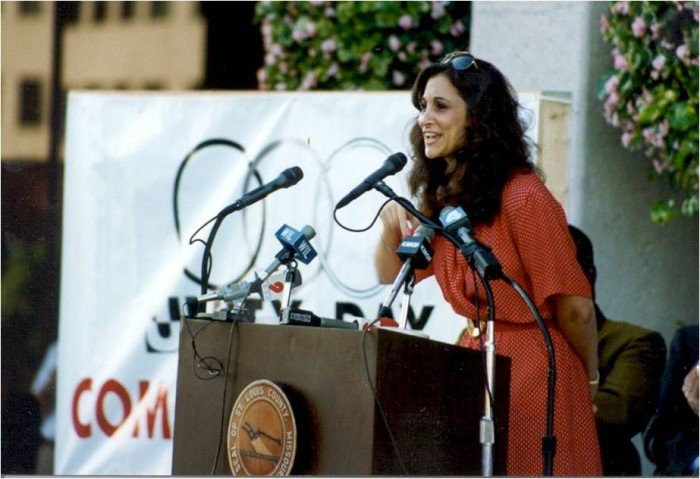 Rabbi Susan believes that it is vital for us all to do the work of developing relationships to build the coalitions we need to standup to the systems of oppression that lead to devastating disparities and suffering. It is her vision of radical inclusivity that has led to long-term interfaith coalitions, and CRC's role as a safe-haven for the LGBTQ+ community, Jews of Color and marginalized communities.

Rabbi Susan deeply understands our responsibility to bear witness and stand with people who are struggling in systems that were built to exclude them from the tables of power. That understanding has led her to help found Missouri Healthcare for All, to be on the first Marriage Equality bus to Iowa, to perform one of the first legal gay marriages in Missouri and to passionately fight to protect reproductive rights and agency for all women and those who can become pregnant.

Tikkun Olam is the Jewish call to repair the world. Rabbi Susan works quietly behind the scenes as well as on the front lines to do her part to heal the broken places.  She also takes every opportunity to encourage others to do the same and guide them towards action.

Rabbi Susan Talve is the founding rabbi of Central Reform Congregation, the only Jewish Congregation located within the city limits of St. Louis. When other congregations were leaving the city for the suburbs, Rabbi Susan joined with a small group to keep a vibrant presence in the city to be on the front line of fighting the racism and poverty plaguing the urban center. Today she performs life cycle events, leads worship services for the seven hundred fifty plus households that comprise the congregation, and is actively involved in the teaching of young and adult members. She also teaches courses on Jewish life and thought and in both the Jewish and non-Jewish Communities.

Rabbi Susan has led her congregation in promoting radical inclusivity by developing ongoing relationships with African-American and Muslim congregations, and by fostering civil liberties for the LGBTQ community. Today CRC serves as a home to generations of LGBTQ families and to many Jews of color of all ages. She has performed same gender marriages since she arrived in St. Louis in 1981 and was on the first Marriage Equality bus to Iowa where she married her first legal couple and has since had the privilege of marrying more LGBTQ couples than she can count! The core value of radical hospitality has made CRC a safe home for many individuals and groups that have been marginalized, including the opportunity to serve as a site for and support the ordination of Roman Catholic Women Priests in 2007. As part of a committed pro-choice congregation, Rabbi Susan continues to stand on the front line of abortion and reproductive rights issues.

Access to quality affordable health care has always been a passion for Rabbi Talve. In 2007 she became a founding member and president of Missouri Health Care for All, a statewide grassroots advocacy organization that is building a strong coalition for groups and individuals working to bring health care access to all Missourians. Rabbi Susan attributes her success to the relationships she has built by showing up, from street corners where violent crime has taken lives to rallies for worker's rights, gun control and access to health care to the bedside of the suffering regardless of religion or membership in her community.

Rabbi Susan was ordained by Hebrew Union College in Cincinnati in 1981, where she earned a Master's Degree in Hebrew Letters and a Doctor of Divinity. She was honored with the college's Stephen Levinson Award for Community Service after founding the Jewish Early Learning Cooperative, Ohio's first licensed infant childcare program in the workplace. She was the first non-Christian to receive an honorary Doctorate from Eden Theological Seminary in 2011 for a career of visionary and bold leadership and supporting interfaith relations in the St. Louis community. She was awarded honorary degrees from Washington University, St Lawrence University and has received many awards for her efforts on behalf of the Jewish and non-Jewish community.

She and her husband, Rabbi James Stone Goodman are the proud parents of three wonderful adults and have two grandsons. 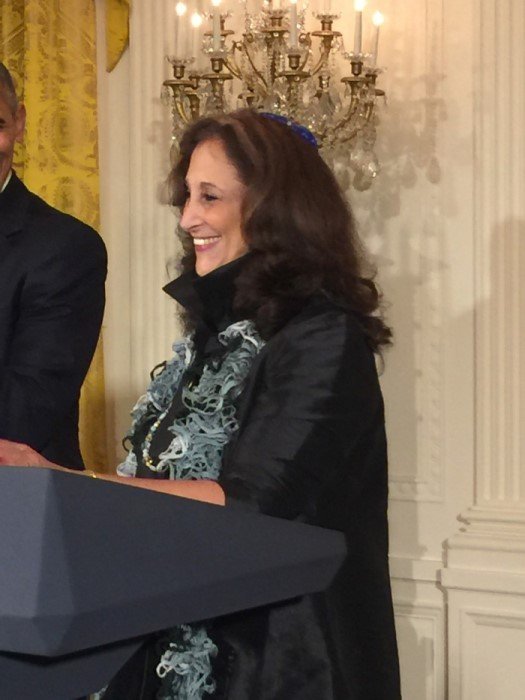