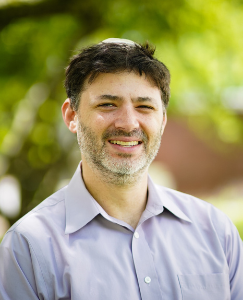 Rabbi Daniel Bogard is proud to be a native St. Louisian. He grew up at Central Reform Congregation, and spent his summers as a song-leader at camps Ramot and Sabra. After graduating from Macalester College in St. Paul, MN, he spent a year teaching at Lift for Life Academy before heading off to Rabbinical School at Hebrew Union College. It was there that he met Rabbi Karen Kriger Bogard, his co-rabbi and life partner.

After rabbinical school, the Bogards moved to Peoria, IL, where they shared a job as community rabbis. In addition to his work as a rabbi at Congregation Anshai Emeth, Daniel also taught in the Religious Studies Department of Bradley University and served as the director of Bradley's Hillel. Daniel is passionate about social justice, about engaging people in meaningful encounters with Jewish text, and about being a dad to his three young kids. While in Peoria, IL, he was a driving influence in the creation of the "Peace for Peoria" social movement which focused on countering Islamophobia in Central Illinois, and eventually resulted in him being a subject of the "No Joke Project"

documentary/book/tour about his friendship with the local Imam and Evangelical Mega-Church Pastor. 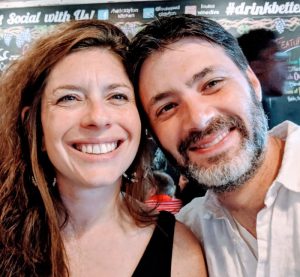 After five wonderful years in Peoria, the Bogards spent two years in Cincinnati, where Daniel and Karen again shared a rabbi job (Adath Israel Congregation), and Daniel additionally served as the Rabbi in Residence of the Episcopal Diocese of Southern Ohio and an adjunct lecturer at Hebrew Union College's Cincinnati campus.

Today, Daniel is excited and honored to be a part of the rabbinic team at Central Reform Congregation. He is a Senior Rabbinic Fellow of the Shalom Hartman Institute and is adjunct faculty at Eden Theological Seminary. 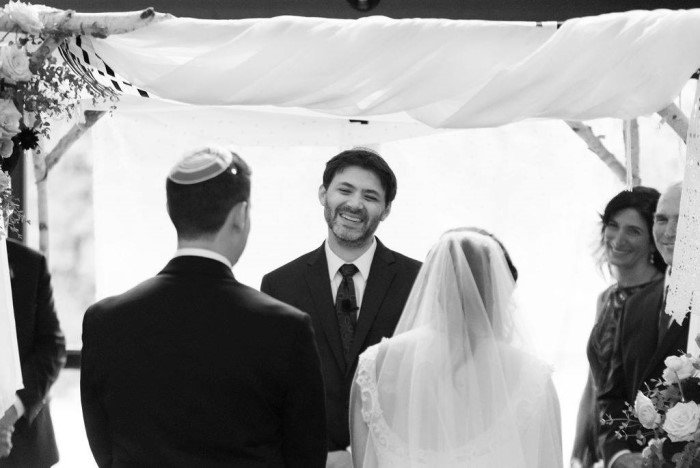 Core human conversation, classical texts, and creating value for and from our lives are pillars of Jewish community.  Rabbi Daniel brings these crucial discussions to all of his classes.

CRC is all about inter-connectivity, and that is more important now than ever. Rabbi Daniel has been driving the push to make CRC's online community as active as our in-person community by leading a team that organizes online streaming of services and classes, provides Chromebooks to those without, and strives to ensure that social distance does not mean social isolation.

Rabbi Daniel is a child of CRC, and as such was raised with a strong commitment to social justice. As a rabbi, Daniel has come home to continue the work he is driven to do. He serves on the Board of Directors for Interfaith Coalition of Latin America (STL-IFCLA) in order to advocate for undocumented individuals in St. Louis. He has also worked with the Fight for Fifteen, an effort to make the minimum wage a living wage in the state of Missouri. He is one of the proud founders of Camp Indigo Point, a week-long sleep-away camp for trans, gender-expansive and LGBTQ+ youth.